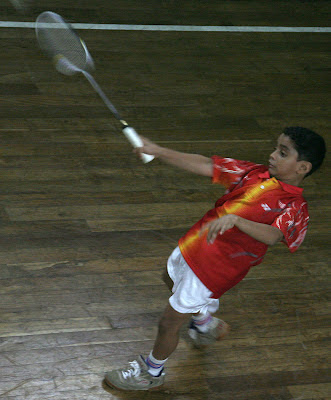 PUNE: District lads Varun Gujar and Siddhant Ghorpade’s combo kept their Ahmednagar rivals Shubhankar Khandelwal and Abhishek Kulkarni on a tight leash with some exquisite strokes and steep smashes to pull off an easy victory 21-7, 21-9 in the quarter-finals of the State Open Doubles Badminton Championship at WIE Sports Complex here on Thursday.

The city lads were too hot for Ahmednagar combo which lacked the strength and determination to turn the tables against their senior and experienced opponents. Shubhankar and Abhishek struggled to assert themselves against Varun and Siddhant’s variations in pace and length.

The first game was an easy affair. Varun and Siddhant took the game away in middle stages. The combo kept on the pressure and unleashed some thundering shots across the court. Soon they were in sight of a victory and won the first game 21-7.

Varun and Siddhant combo tore apart their rivals to shreds, beginning the second game in rollicking style. They dictated the game with their attacking shots, mixed with intelligent drops at occasions. They also smothered Shubhankar and Abhishek’s serves with elan.

Soon Varun and Siddhant slammed their way to match point in great style, winning the game 21-9.

After the win, Varun and Siddhant told they had a good game so far in the tournament. “We, however, are concentrating on the semi-finals tomorrow. We hope to win it,” they added.