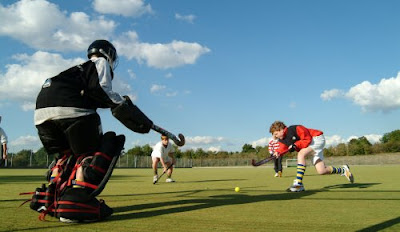 bapun@sakalherald.com
PUNE: Even as Pimpri-Chinchwad Municipal Corporation (PCMC) has kept its decision to permit Maharashtra Hockey Association (MHA) to conduct U-16 MA Anthony Memorial Hockey Tournament in abeyance, the premier state body is optimistic of holding the tournament at Polygrass Stadium from August 24.

The tournament was scheduled for August 17, but could not kick off as PCMC denied permission on the pretext of dusting off the polygrass turf as sand had settled on it. They were wary of players sustaining serious injuries while playing on the muddy turf. "Safety of the players was paramount in our deliberations,” Rajesh Pillai, a PCMC sports committee member told the Herald.

Delay in holding the event was causing worries for MHA to select state team for the forthcoming national sub-junior hockey tournament at Bhopal from September 11.

Ruing over PCMC’s decision, MHA’s Ikram Khan said the delay in holding the tournament had played havoc with MHA. They are in a fix as they are unable to conduct selection trials for the national tournament. “Even if the tournament kick-starts on August 24, selections will be completed by September 2. “We will then have only six days to train our boys. That’s too less a time,” he added.MHA also contested PCMC’s concern since polygrass was the only turf on which hockey could be played in rainy seasons. “It’s impossible to play on muddy fields,” MHA secretary Ikram Khan said.

Players too were disappointed with clouds looming large over the tournament until recently. They were let down as most of them were hoping to put up a good show to get into the state squad and spend 15 days in the training camp. “But with the delay, we will hardly get eight days for training,” Rovers Academy captain Sachin Kamble said.