Tug-of-war: Is everything well with MHA? 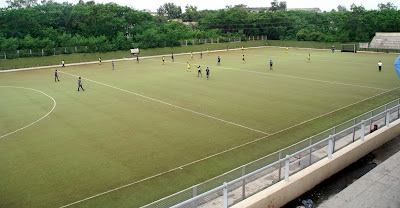 PUNE: Are Maharashtra Hockey Association (MHA) working towards promoting hockey at the grassroots level? A little probe into the infighting between some of their office-bearers and some of their shunned members will suggest that the parent body has failed in the prime duty.

To keep their pot boiling in their kitchen, a section of MHA members have been playing dirty politics to keep Benny Boodle’s rebel Poona District Hockey Association under wraps, which is waiting for their approval to conduct inter-school and inter-collegiate tournaments to improve the standard of hockey at the grassroots level, inviting schoolchildren play under the light of professional expertise.

Perhaps power politics was not enough to keep in abeyance the application, the office-bearers have brought in a tinge of personal rivalry into the whole affair. It is learnt Boodle had been instrumental in upstaging an all-important MHA office-bearer from the secretary’s post then.

Perhaps the office-bearers also are wary of the fact that the rebel Poona District Hockey Association having big names Dhanraj Pillay and Ramesh Pillay on their list of panel members would destroy their chances to have a meaty say in matters of decision-making.

And what is the tactic applied by the office-bearers to keep in abeyance the application? It is a rotten morsel to digest. MHA, in a clever move, has prompted two other applicants in the form of Babasaheb Ambedkar Hockey Association run by former national referees MB Shaikh and RB Makasare and an organisation operated by Pimpri-Chinchwad Municipal Corporation (PCMC) councilors. The association, moreover, is demanding a utopia to happen – the applicants should join hands to first form Poona District Hockey Association and then fight for approval.

When contacted MHA Joint Secretary Ikram Khan, he told Herald on Friday denying that there was no such storm brewing up between the office-bearers and the applicants. “I am not against Boodle. He is a good friend of mine. Since I have received two other applications for recognition, I have to balance my decision. Neither, we want any delay in approving the associations in fray. The matter will be discussed in the next week’s annual general body meeting and a decision will be taken in the first managing committee meeting immediately after MHA elections,” he said.

Commenting on the whole issue, Boodle said he had high regards for MHA and their intentions of promoting hockey everywhere in Maharashtra. “I am not here to wage a battle against the parent body. Nor keen on being recognized as a rebel. I want to work with MHA,” he said without opening up further for more reaction.

Boodle sympathizers, however, are disappointed with MHA’s unrelenting attitude to accord recognition so as to conduct inter-school tournaments. Feeling the guilt, MHA now has plans to conduct such an event on their own. “MHA Constitution clearly says that the body should be conducting national, inter-state and inter-district competitions, not inter-school and collegiate tournaments,” they contended.

As the storm was turning from bad to worse, Pune sports lovers hopes to see MHA buries their hatchet as soon as possible. Will they do it? Let’s wait and watch.

This is not the way, MHA

Chaos has been the buzzword for Maharashtra Hockey Association (MHA). The association, which never stops thumping their chest for having popularised the sport at the grassroots level, are least bothered about conducting hockey matches with a hint of professionalism.

The protest of Friends Union over awarding a goal against them at a crucial juncture of the match in the 104th All India Aga Khan Hockey Tournament, played here at Polygrass Stadium, exposed the unprofessional approach of MHA to conduct a national event of this kind.

The technical table, whose main duty is to maintain decorum during the match, failed to stop the manager and coach of Friends Union to invade into the field. The law, however, says that they should have been summoned by the technical officers to their table for registering the protest or solving the controversy.

Things worsened after the coach and manager entered the playing arena creating feud between players and referees. The protesting team alleged that the referees were not ambling and keeping pace with the players, hence it was difficult for them to sight the ball properly. The Friends Union were contesting that the ball, instead of piercing into the net, bounced out of the sideline after their goalkeeper had brought out a wonderful save.

The story did not end there. MHA also failed to provide medical facilities during the tournament. And there have already been several injuries registered. According to law, there should be a first-aid kit and icing facility with the technical staff, besides a sports medico to attend to the injured players immediately.

Nor there was any arrangement made for reserve players’ bench which should have been available next to the technical table. It was total chaos as the said bench was far-fetched.

Another nightmare for players, right from the first day of the tournament, was that they were slipping down on to the ground due to the accumulated mud. MHA did not take pains to coordinate with Pimpri-Chinchwad Municipal Corporation (PCMC) to dust off the pitch.
Posted by B D Narayankar at Saturday, July 07, 2007