Ping ponging for the big league 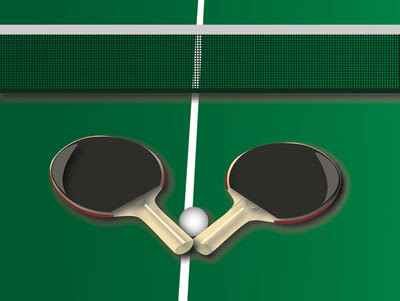 PUNE: There appears to be one name that sports-lovers can't miss out whenever the subject of table tennis crops up for discussion. Shubhankar Renavikar. That is not to say that there are no other players that warrant a mention.
Winning six district and two state ranking championships in U-12 boys’ cadet category must be definitely something special. And now he has set his sights on clinching his third consecutive state ranking championship in Thane to qualify for national championships to be held at Chennai in December. He had won Mumbai and Nagpur state championships earlier. He is not leaving anything on his fate to happen. He is slogging to brace up for the big event, and if he lays claim on it, he is sure to go places in coming months.
For this to happen, he has been sweating it out with coach Ajay Sidhaye and gaining match practice with Rohit Maharao. “Ajay, sir is looking after my basics and Maharao is giving tips on playing an attacking game,” a coy Shubhankar told the Herald here on Tuesday.
Shubhankar is keenly awaiting the Thane championship and is upbeat of winning it. And why not? He has had a very phenomenal run, losing only one game in a match in the last two state raking championships. His mind is made of steel and is evident in the way he beat Mumbai and Thane players, rated much above than others in Maharashtra. “I am hopeful of reaching finals at least. I have played against Mumbai and Thane players before and had beaten them convincingly,” he says with a touch of confidence.
Qualifying for nationals means big for Shubhankar, who has no family background in table tennis or any sports for that matter. His father is an engineer and runs a manufacturing unit and mother is a doctor. His grandparents, however, are a source of inspiration, as they want their grandchildren to achieve something in life, even if in sports. Shubhankar is also a good cricket and football player. “Table tennis is my first love, as it is an individual game and I never have to fight for a place in the squad,” he said.
For the last two years, Shubhankar has many sweet memories to share it with his friends and supporters. He, however, takes delight in sharing the special moment when he reached the finals of the state championship at Mumbai. “More than winning, I enjoyed reaching the finals,” he gushes.
Shubhankar has everything in the right place and he is not seen wanting in physical training and practice. “I devote two hours for physical training and practice during school hours and in holidays, I do it for four hours,” he said.
So who is his favourite player? Pat came the reply: “Jan-Ove Waldner, a Swedish player. He is the Michael Jordan of table tennis and a legend both in native Sweden and China,” Shubhankar said. Can we do anything for Shubhankar? No, but certainly pray to Almighty that somebody idolises him a few years from now on.
Posted by B D Narayankar at Thursday, July 19, 2007