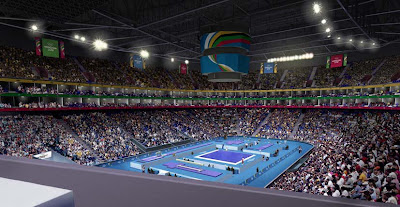 PUNE: There will be many in India fretting on the awesome foursome for taking up gymnastics as a career.
Perhaps people would have hallowed their decision to take up cricket or hockey as a profession. Ignoring the mouthful skirmish, the gymnasts of Bombay Engineering Group (BEG) feel elated to have walked the unwalked. One has to be brave to take such a decision and the quartet of Sanjay More, Tensubham Singh, Sampat Sirsat and Babun Das must be walking with their heads held high after bagging a bronze at the recently-concluded 7th Asian acrobatics gymnastics championship in Kazakhstan.
The foursome, though have a penchant for cricket and hockey, they are gymnast maverick. “We know cricket and hockey fetches name, fame and money. Still we wanted to do something for India in gymnastics, as India doesn't have much to boast of at the international level. Hence, we decided to take up gymnastics, acrobatic gymnastics specifically,” Sanjay More told the Herald here on Tuesday.
More than anything else, the foursome had resolved to take up gymnastics when they were residing in a sports hostel. “Since we were great pals, all of us decided to be gymnasts, after one of us got involved with the sport. There is everything so fascinating about the game. It has strength, power, flexibility and supple movements,” says Babun Das.
“Gymnastics is considered an important sport in European countries so much so that they have included it in the training programmes of all other sports including football and hockey,” Sampat Sirsat said. “I suggest India should follow suit. It makes one physically and mentally tough,” Tensubham Singh added.
Talking to them one realises that the Kazakhastan honeymoon has not gone into their heads and they seriously are looking ahead - first to fare well in the nationals next year and qualify for the four-men group world events.
At present, they have a total of 24 points and they are vouching for 30 to qualify. “The way we are going about under coach Vadiraj Kesari’s guidance is quite satisfactory,” Buban Das said with optimism.
On Kazakhstan performance, the foursome was satisfied with their performance. “We felt at home as the weather was like Pune. Even though it was freezing over there, we felt comfortable going through the tournament,"Sanjay More added.