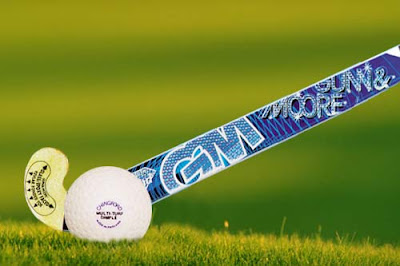 B D Narayankar
bapun@sakalherald.com
PUNE: To revive the golden era of hockey in Pune, the Pimpri-Chinchwad Municipal Corporation (PCMC) along with various hockey organisations are trying to rope in teams from Pakistan, Bangladesh and Malaysia to participate in this year’s Babasaheb Ambedkar Memorial Gold Cup Hockey Tournament scheduled to be held at the polygrass stadium here in October. And all this with the help of Board of Control for Cricket in India (BCCI).
The organising committee members of Ambedkar Hockey Association (AHA) and Maharashtra Hockey Association (MHA) have been making sincere efforts from past two years to rope in some of the top international and Indian teams to make the tournament a memorable event.
As enormous money was required to conduct the mega event, MHA and AHA are leaving no stone unturned to seek financial help from BCCI that had promised to divert funds to encourage other sports in the country. “A delegation consisting of MHA, AHA, Pimpri-Chinchwad Municipal Corporation (PCMC) members including City Nationalist Congress Party (NCP) City President Azam Pansare will be meeting BCCI President Sharad Pawar at New Delhi in the next two weeks,” Tournament Organising Secretary MB Makasare Told Herald here on Monday.
Hopeful of getting financial help from Pawar, Makasare said: “Never in the history of Maharashtra any municipal body had agreed to spend Rs 30 lakh for conducting such a sporting event.”
The organisers have also met Indian Hockey Federation (IFH) general secretary Jyotikumar during the junior hockey tournament held at Chennai recently. “Fascinated with our zeal to bring international players to our city, Jyotikymar has assured help to us,” Makasare said.

The competition, which will pit top Indian teams against Pakistani, Bangladeshi and Malaysian teams, will witness 20 teams battling it out for top honours. “We want to come up with a competition that will help young hockey lovers watch international players here at the Polygrass Stadium,” AHA Treasurer MB Sheikh said.
“This will be our best tournament ever with more teams and a format that will showcase some of the most talented players right here. We cannot think of a better way to introduce good hockey by facing world-class teams in our home venue. Our crowds during matches this past season reflected a need for foreign clubs to add variety to the hockey played here,” Sheikh said.
Posted by B D Narayankar at Tuesday, July 03, 2007