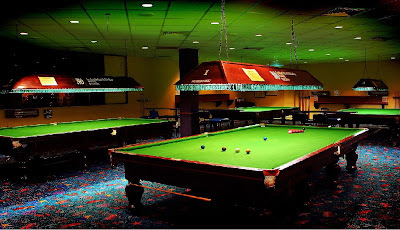 Bhushan Sahade outclassed Colonel Sanchez 26-58, 55-37, 62-19, 79-18 before bouncing back into the game with a vengeance after tasting defeat from the latter.

Jaideep proved too good for his rival Antony after the first-frame defeat, mauling him in the following three frames. “I had to focus on my game after I lost my first frame. I was a bit nervous though when I began my second frame,” Jaideep told Herald after winning the match.

All of three -- Jaideep, Bhushan and Satish -- endured good initial breaks in their second frames suiting their style that catapulted their confidence to a different level. Soon they were potting pinks, reds, blacks and greens with elan. “When I got the initial breaks, I became confident. I enjoyed my game thereafter,” Satish said.

Bhushan opened his first frame in great style taking a lead of 30 points early on. Never did he allow Sanchez to give him snookers. “I gave a couple of snookers that squeezed confidence out of him. I took full advantage of his mistakes, pocketing vital points at regular intervals of the match,” he said.