No stopping for Patil 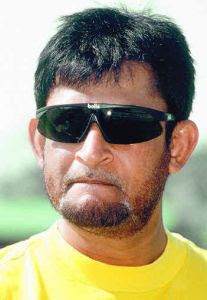 PUNE: Confirming Zee Group’s offer to coach one of the six teams participating in the Indian Cricket League (ICL), a defiant Sandeep Patil said there was no need for him to seek permission from BCCI before joining the much-talked about breakaway rebel cricket bonanza.

Sounding caustic, the 50-year-old Mumbai dasher said he did not find any reason to seek permission from BCCI to join ICL. “Why should I seek their permission? When I had not done it in the past before accepting the responsibility of coaching Kenya in 2003 World Cup why should I do it now,” Patil told Maharashtra Herald over phone from Mumbai on Saturday.

Patil, who is a staunch supporter of improving the game world over in whatever role possible, is not wary of losing monetary benefits pouring in from BCCI’s coffers. Ever ready to don challenging roles, Patil said he had not done anything wrong and BCCI cannot stop me from rendering good services,” he said.

Asked what would be his reaction to the BCCI circular, Patil said: “I will reply when BCCI asks for it,” the Mumbai dasher said.

He, however, urged BCCI to welcome ICL for the game’s benefit, claiming the breakaway league had no intentions to confront BCCI. “It is not a rebel cricket league, nor does it have any intention to confront or undermine the authority of the BCCI,” he said.

Patil’s association with ICL has not provoked BCCI Secretary Niranjan Shah either. “Let him (Patil) go anywhere he likes. He, however, have to kiss goodbye to monetary gains accrued from BCCI. We have sent letters to Kapil Dev and others linked with ICL too,” Shah said.

Patil opined the new parallel league would give idle players a massive scope to prove a point. “There are players like Shane Warne, Glen Macgrath, Brian Lara, Mohammad Azharuddin and Ajay Jadeja, sitting idle. They will now get a chance to play,” he said.

Desirous of helping the torchbearers of the breakaway league, Patil said he was looking forward to work with Kapil Dev, Dean Jones, Tony Greig and Kiran More on ICL’s Executive Board. “ICL is merely a new process to make cricket look nicer, better, competitive and ultimately produce more cricketers for the country,” he added.

The main aim of the Zee Group backed ICL is to create a talent pool of players for Indian cricket, improve the domestic circuit and provide quality facilities and infrastructure to both players and fans, he said.