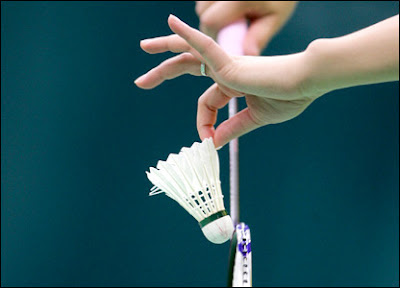 PUNE: Raising his arms, acknowledging spectators’ appreciation, Nachiket Agashe raced towards the net to shake hand with his opponent and waved at his coach Archana Devdutt, after scoring an upset against top-seed Samit Dandavate 22-20, 20-22, 21-16 in the U-16 Boys’ PDMBA Badminton League Tournament played at WIE Sports Complex here on Sunday.

Nachiket was nervous at initial stages, as he knew he was taking on a quality and top-seeded player. Though he committed many mistakes, he capitalised on Samit’s negative approach to the game.

“My rival was dropping the shuttle into the net and swishing it out of the court many a times. I knew he was struggling for form and I began feeling confident,” Nachiket told Maharashtra Herald.

He did not take much time to also realise Samit was showing sings of tiredness in the very first game. He soon decided to make Samit run around with toss-ups and drop shots.

After receiving a stiff resistance from Samit and winning the first game 22-20, Nachiket went down in the second 20-22. Both players were reeling off good drop shots and smash across the court.

Nachiket had a wonderful opportunity to win the match when the scores were 20-19, but Samit earned the next three points, spoiling the former’s party. “At this point, I was nervous. I didn’t know what to do. Consequently, I played far too many extravagant shots and times netting the shuttle,” he said.

Nachiket won the third game comfortably 21-16 after taking 11-7 lead early on. “It was not easy. It was tough out there facing a quality player like Samit. He was deadly with his smashes, but I was equally good to return them back. It was one of my days where everything went well except a few errors,” he said.

Samit said though he had a vomiting sensation due to food poisoning, he gave a real fight to his opponent. “Nachiket played a good game. He committed very few mistakes and I did it quite often. That separated me from victory,” he said.

Nachiket will now meet another seeded player Neeraj Mahajan in quarterfinals to be played on Monday morning.