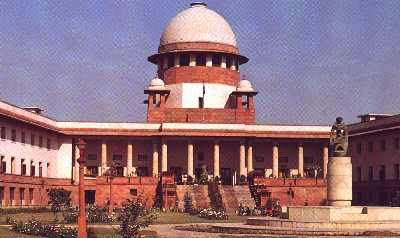 Skim the questions: The Supreme Court’s go-ahead to the Central Educational Institutions (Reservation in Admission) Act 2006 puts India on the cusp of possibly the most significant social policy change in decades. By allowing that 27 per cent reservation in higher education does not violate the basic structure of the Constitution, the court has made possible the changing of the demographic on our campuses at one stroke. On the advisability of this, a political consensus holds. There is, however, debate already brewing on the idea of excluding the “creamy layer” from the ambit of reservations, something ordered by the court in Ashok Thakur v the Union of India. Creamy layer as a mechanism for selection (or de-selection) goes back to the institution of quotas for Other Backward Classes in Central government jobs in the early ’90s. Some of the criteria arrived at then to profile the creamy layer included family income of the aspirant, her parents’ profession, family wealth and the amount of irrigated land owned by the family. There is already pressure on the government from many political parties to file a review petition on the court’s observations on excluding the creamy layer now from reservations in higher education. At one level, arguments for and against the creamy layer exclusion are based on the idea of deprivation. Does a candidate from a family of comfortable means qualify for the deprivation implied in the phrase “socially and educationally backward classes”? Or, do those means still put the person within the purview of discrimination and prejudice implied by caste?
That debate will continue. But there is another question. Does the “creamy” criterion pass easily from jobs to education? Take the changing nature of higher education. The IIMs, for instance, are raising their fees manifold while expanding vastly the number of students they would give financial assistance to, based on family income. The IITs are reported to be thinking along similar lines. It is time our colleges and universities too recognised the need for changing the fee structure and targeting subsidy in a better way. In that scenario, then, should SEBC status derive only from a societal status (roughly caste) or from an individual overlap of societal and economic status?
Posted by B D Narayankar at Sunday, April 13, 2008