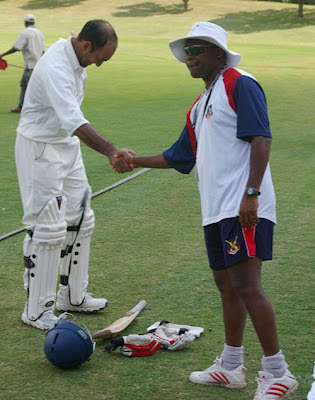 Yeah, when you compare to Indian cricket team. We don't have wealth like India, but we get fairly good sponsorship. It is up to the different governments in the West Indies to improve cricket by providing state-of-the-art facilities like floodlights, bouncy pitches and indoor amenities.
Posted by B D Narayankar at Saturday, February 02, 2008